Most people are familiar with the stories of the T-Rex, Triceratops, and Pteranodon, but how many people know the story of one of the most interesting Cretaceous dinosaurs, Linhenykus?

This newly discovered dinosaur, a member of the Alvarezsauridae family, is known from a partial skeleton found in 75-million year old fossil deposits in Inner Mongolia. 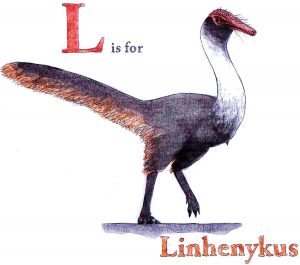 The strange animal had only one long finger, and no other digits. Its relatives possessed tiny, vestigial fingers, but Linhenykus retained none, and only had a single, claw-topped finger. The current hypothesis is that Linhenykus and its relatives used their claws for digging into ant and termite nests, similar to how an anteater uses its long snout.

The carnivorous, parrot-sized creature is the only known dinosaur to possess only one finger, and is an example of the variety of ways dinosaurs adapted. While the rest of its body is similar to other theropods, the single finger may represent a difference in environment or foraging strategies.